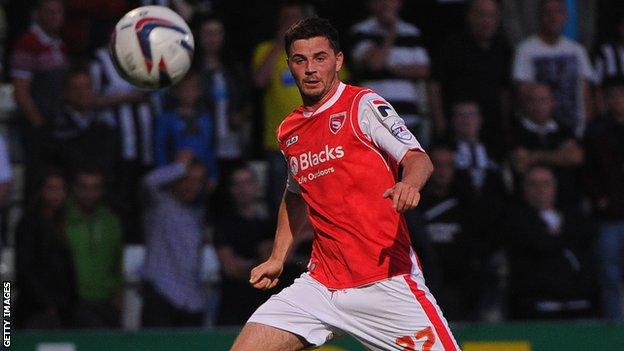 The visitors appeared to be cruising after Eoin Doyle's brace and Gary McSheffrey's close-range effort gave them a three-goal cushion.

Amond's late header that found the corner completed a thrilling turnaround and gave the hosts the points.

The win extended Morecambe's unbeaten run to seven games and moved them up to sixth in the table.

Chesterfield, who have now lost back-to-back league games after previously going eight unbeaten, remain top but their lead has been cut to just one point.

"It's hard to get away from how good we were first half and how bad we were second half.

"It just wasn't the same team and unfortunately that's what happens in football.

"We came out second half, we didn't turn up, we didn't get going, we end up on our back foot, we concede bad goals and we end up looking a very poor team second half. Yet first half we were everything that league leaders should be.

"We looked full of aggression, full of enthusiasm, we moved the ball, we created chances, we scored goals, everything we weren't in the second half."