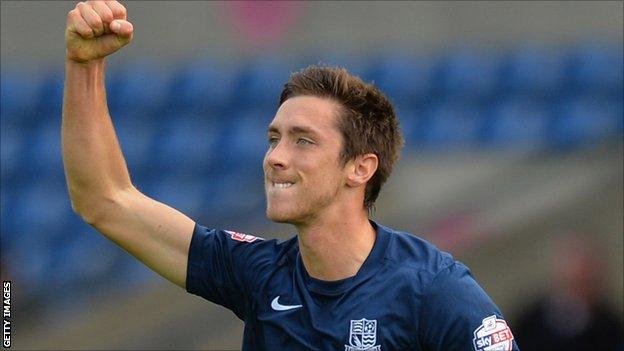 Clifford opened the scoring with a strike from outside the box and Prosser doubled their lead with a close-range header from Kevan Hurst's free kick.

Oxford pushed to get back in the game, but Daniel Bentley saved headers from James Constable and Michael Raynes.

Southend could have increased their lead, but Ryan Clarke saved well from Cauley Woodrow in a one-on-one.

"[A win was a] long time overdue, to tell you the truth. There were two goals scored and there could have been a lot more.

"It's nice for Conor [Clifford] - he's only a young lad and when he was left out for a couple of games, he was disappointed.

"It's up to us to build them up and when they cross the white line they are ready for action. Conor showed that today.

"He showed a tremendous tenacity, he put his foot in when it needed to be put in, and got himself a goal."