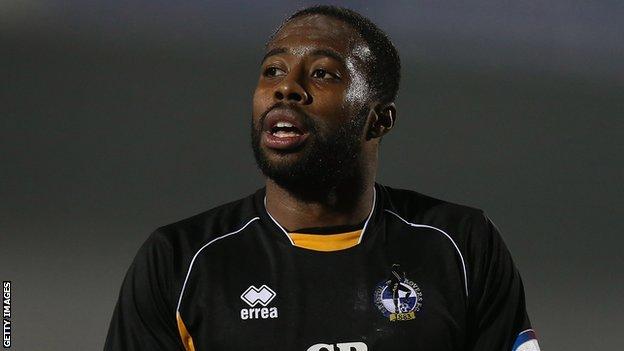 Joe Anyinsah scored his second goal in as many games as Wrexham ended a four-match winless run against Southport.

The Sandgrounders were marking their 1,500th non-league game, but had nothing to celebrate in a seventh away defeat of the season.

The Dragons climbed a place to 19th in the Conference Premier, while Southport went from 14th to 15th.

"It's a massive relief, especially after the first half with the chances we created.

"I'm just thinking 'not one of them, especially tonight', but the lads dug deep. They stuck at it and it just proves in a minute, the football there, the fine lines between winning and losing a football match.

"They're two on one with the keeper to beat and Coughs [Andy Coughlin] makes two unbelievable saves and the lads get back and get him out of the mire.

"And then we play a ball forward. If Bish [Andy Bishop] touches it, it's offside. He misses it and it goes through to Joe [Anyinsah] and he rounds the keeper and scores.

"Crazy, crazy, but thankfully a bit of fortune has gone our way this time."