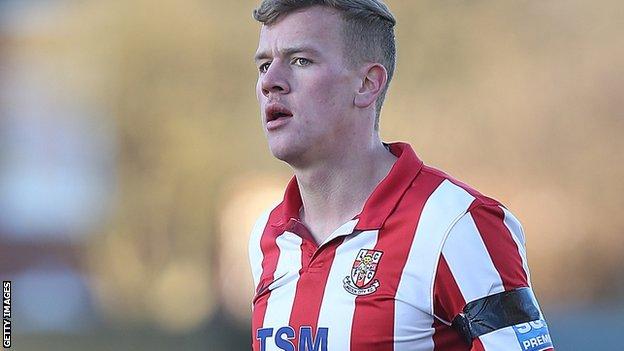 Wesley York opened the scoring by heading in Louis Moult's cross before Tom Miller levelled for the visitors.

Miller then turned provider as his cross was parried by James Belshaw and Jon Nolan coolly slotted home to put Lincoln ahead.

Brown then headed home from close range for a dramatic late equaliser to keep Nuneaton up among the pacesetters.

"I thought we acquitted ourselves well. We were up for it, we were aggressive and on another day we might have got a couple more goals.

"I was disappointed with our defending for their second, we could see danger and Bohan (Dixon) should have been round the back and helping out, but let's hope he learns from that.

"Both full-backs have been terrific all season and Tom Miller getting another goal was tremendous.

"And if Jon Nolan can get seven or eight goals from midfield for us this season that would be a decent return."