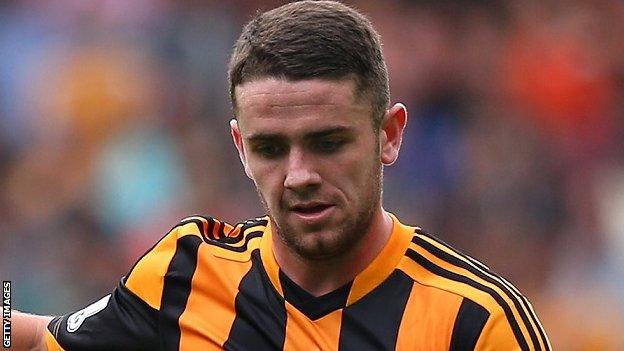 Hull City and Republic of Ireland international midfielder Robbie Brady will be out for a month after undergoing a hernia operation.

Brady, 21, has scored four goals in seven appearances this season.

The Tigers had hoped he would play against Aston Villa this Saturday before having the operation.

But surgery means Brady will miss the Tigers' home game against Villa as well as his country's World Cup qualifiers against Germany and Kazakhstan.

Hull City head of medical services Rob Price told the club website: "It's a condition that we've been managing for around six weeks.

"Robbie has managed to play through that and been particularly successful despite being in a reasonable amount of pain.

"We had a sit down between Robbie, the manager and myself to make a decision on when it would be best to have the surgery and Robbie decided that he couldn't really continue to play with the pain he was having."