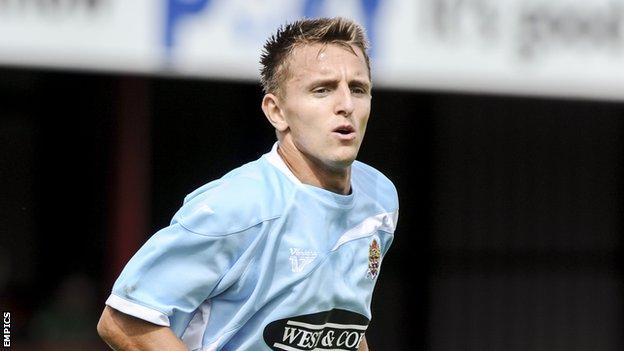 League Two side Dagenham & Redbridge have terminated the contract of striker Jake Reed by mutual consent.

The 22-year-old, who joined the Daggers from Great Yarmouth Town two years ago, was under contract until summer 2015.

"Jake has been a little bit unfortunate since he's been at the club and it has been a bit stop-start with him," boss Wayne Burnett told the club website.

"He's had limited opportunities due to the fact that players have come in and done very well."

Reed made 38 appearance for the east London club, three of them this season, but only scored once.