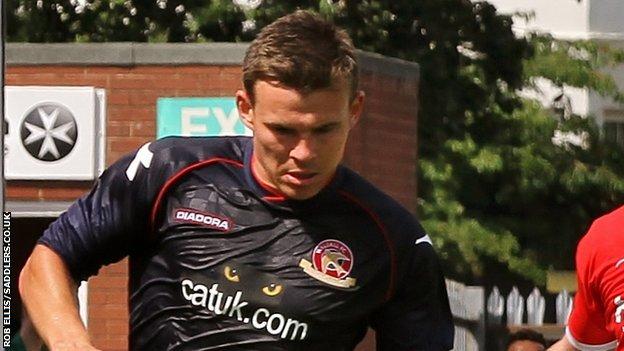 Butler was handed a straight red card by referee Graham Scott for his 17th-minute challenge on Romain Vincelot.

That would have earned the 29-year-old defender a statutory three-match ban.

But, after having his fourth red card in three years at Walsall rescinded, Butler is now available for Saturday's home game with Bradford City.

"I didn't think it was a free-kick, never mind a sending off," Saddlers boss Dean Smith told BBC WM.

"I like Graham as a referee, but he got that one wrong.

"It never helps when it's right in front of the dug-out and arms can go up and stuff like that.

"But I don't know what the ref has seen. All I've seen is a fair tackle."