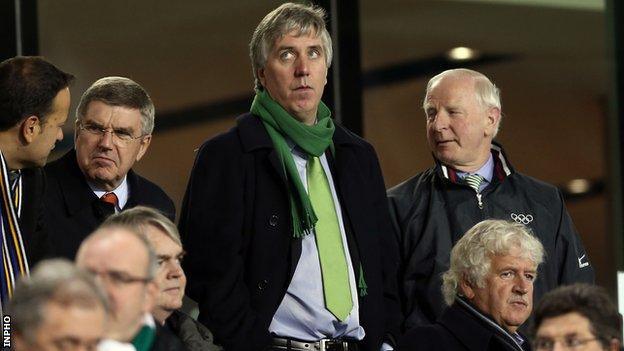 The FAI are hopeful of appointing a new Republic of Ireland manager before Christmas, according to chief executive John Delaney.

The recruitment of is already underway, with Delaney claiming there is a lot of interest in the position.

for the upcoming World Cup qualifiers against Germany and Kazakhstan.

However he will not be considered for the job on a full-time basis.

Trapattoni, 74, left the job last month after a which left Ireland with only a mathematical possibility of overhauling Sweden to snatch second place in Group C and qualify for next year's World Cup finals.