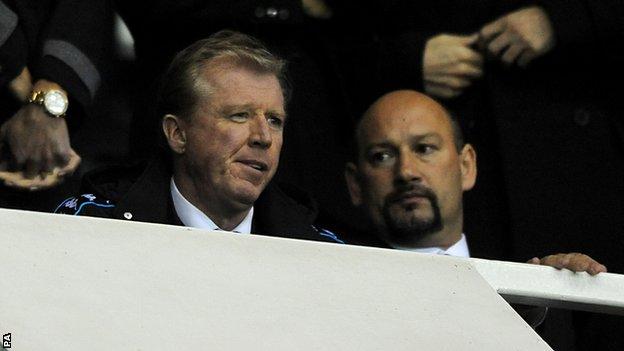 New Derby boss Steve McClaren, who officially takes charge on Wednesday, inspired his side to a 4-4 draw against Ipswich Town.

Derby were trailing 4-1 at the break when McClaren went in to the dressing room to speak to his new players.

"We needed all the help we could get - we were 4-1 down," said caretaker boss Darren Wassall.

"All the lads knew they had let themselves down and Steve reinforced that."

They were 2-0 down after just nine minutes and despite pulling a goal back through Zak Whitbread it was 4-1 at the interval.

As well as speaking to his new team, McClaren, who previously managed Middlesbrough, Forest and England, also made changes to personnel and formation.

"He told them to go and show some character," added Wassall.

"He wanted to put three in midfield. It gave freedom to everybody to play, and as you saw the in the second half the performance was outstanding."