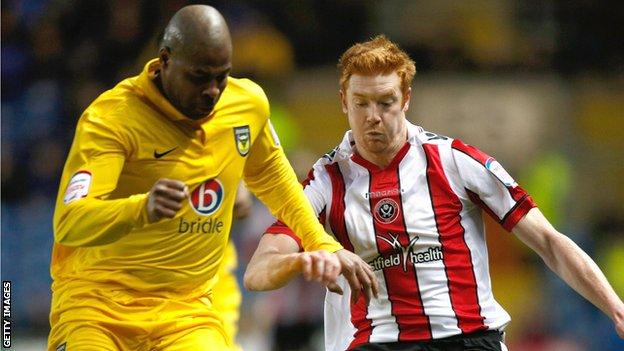 Former Chelsea and Leeds defender Michael Duberry has announced his retirement from football.

Duberry, 37, was released by League Two club Oxford United in the summer and has been playing for non-league Hendon.

"I've got nothing more to prove or achieve and I'm bowing out on my terms and with a smile on my face," Duberry told BBC Radio Oxford.

He began his career at Chelsea in 1993 and won the League Cup, Cup Winners' Cup and European Super Cup.

After 87 appearances for the Stamford Bridge club, Duberry joined Leeds for £4.5m in 1999 and then went on to play for Stoke, Reading, Wycombe and St Johnstone before joining the U's in 2011.

Duberry made 484 appearances during his 20-year career.

"Since the summer the phone hasn't rung, it's been a bit frustrating. The level of football I wanted to play at hasn't materialised."

He said his decision was not made overnight and he had been keeping his fitness levels up, adding: "I'm getting on a bit, I've had a great career - it's been a career of schoolboy dreams - and I want to put 100% into the next phase of my life.

"I'm looking to get into the world of media, I'm interested in journalism and being in front of a camera and making a career out of that."