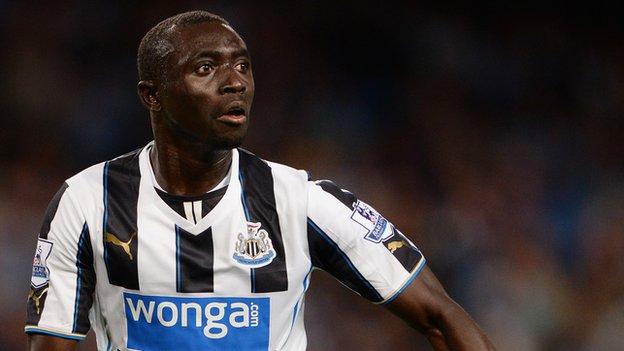 Senegal have recalled striker Papiss Cisse in the squad to face Ivory Coast in their World Cup play-off but Demba Ba has again been left out.

The Teranga Lions travel to Abidjan for the first leg of the tie on 12 October and welcome back Newcastle forward Cisse after a one-match suspension.

Senegal are without Hanover striker Mame Birame Diouf, who is injured.

Diouf suffered the problem playing for his club in a German Bundesliga match last weekend.

The match will be the first time the sides have met since their Africa Cup of Nations qualifier in Dakar October 2012 that was abandoned with about 15 minutes to play after Senegal fans rioted.

Senegal were subsequently disqualified and banned from playing at their Leopold Sedar Senghor stadium for one year.

It means the 16 November second leg of the play-off will take place in Casablanca, Morocco because the ban will still be in place.

The winners over the two legs will secure a place at the World Cup finals in Brazil next year.