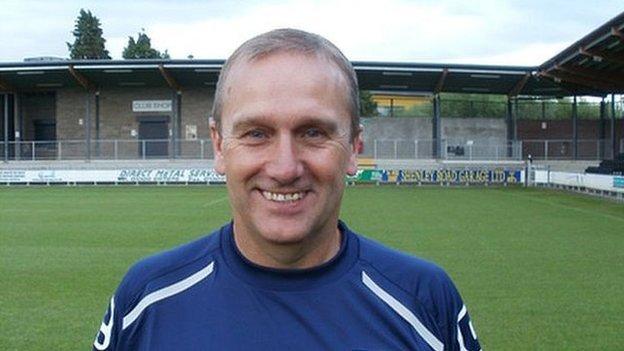 Dartford boss Tony Burman will not change his policy of having only one goalkeeper in his matchday squad despite nearly being forced to field an outfield player in goal.

Keeper Alan Julian almost missed kick-off against Southport on Saturday after getting stuck in traffic.

"It was an odd situation and one I don't really want to be put in again," Burman told BBC Radio Kent.

"It was circumstances beyond anybody's control and we got away with it."

Centre-back Mat Mitchell-King, who was named among the substitutes, was primed to start in goal until Julian's late arrival at Princes Park.

"We made a decision in the summer that we might not have a keeper on the bench as many times as what we would like," Burman added.

However, Burman says he may look to bring in another goalkeeper, with former Newport man Julian the only senior stopper at the Kent club.

"Deren Ibrahim is dual-registered [with Leatherhead] and Tom Wellham, who was with us, had a 16-week course he could go on in Spain," Burman said.

"He is not due back until December. We will be looking for someone else to possibly come in and help us out in that position."