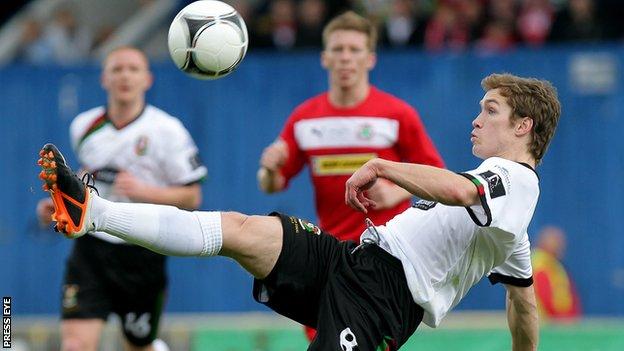 The 27-year-old former Port Vale player requires surgery on the injury, with the club stating that Howland will be out for the "forseeable future".

Meanwhile, the Glens are set to fail in their bid to re-sign striker Andy Smith, who is training with the club.

Smith was last registered as an amateur and only professionals can be signed outside the transfer window.

The former Northern Ireland forward left Carrick Rangers just a day after signing for the Championship club in August.

Smith, who was with Belgian side Union Royale Namur last season, departed Carrick after requests from club in France and Belgium to go on trial.