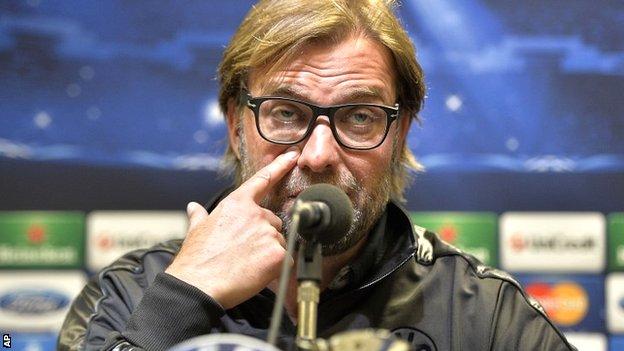 Borussia Dortmund coach Jurgen Klopp will watch their Champions League game against Arsenal from the stand after his one-match ban was extended by Uefa.

The German, 46, was sent off in his team's Champions League defeat at Napoli two weeks ago after angrily confronting the fourth official.

He was originally given a one-match touchline ban by European football's governing body which he served in Tuesday's 3-0 win over Marseille.

"This decision can be appealed. Borussia Dortmund are currently considering whether to go down that route," a club statement said.

Arsenal are currently top of Group F with a maximum six points from two matches, while Napoli and last season's beaten finalists Dortmund are on three points.