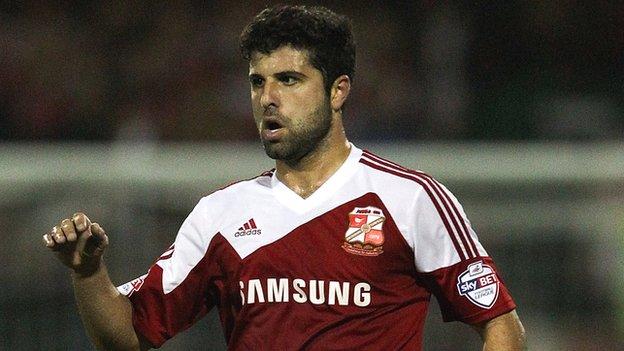 Swindon midfielder Yaser Kasim has signed a two-year contract extension to keep him at the club until 2016.

The 22-year-old former Tottenham and Brighton youngster joined Town in the summer on a season-long deal.

He has been ever-present in Mark Cooper's side since making his debut against Peterborough and has now earned an extended stay at the County Ground.

Kasim's new deal comes after he was called up to the Iraq squad for their forthcoming Asian Cup qualifiers.