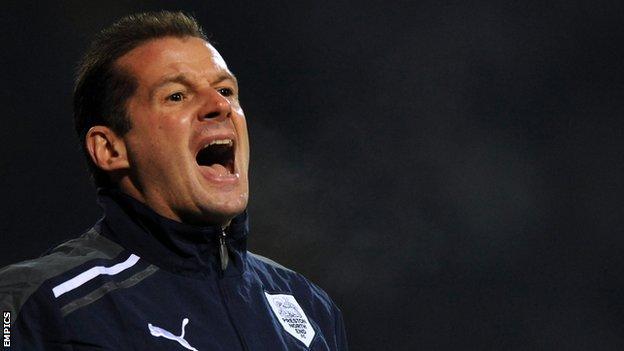 Stevenage boss Graham Westley has insisted that his struggling side are improving despite some poor results.

Boro have lost 10 of Westley's 16 games in charge, compared to the 14 in 18 that saw predecessor

"The reason we are winning here right now is the loss rate is dropping. It was 82%, then 62% and it's 50% over the last six games. That's improvement and improvement is winning."

Smith's ill-fated run before his departure was actually a loss rate of 78% - although his overall rate was 39% - compared to Westley's current record of 62.5%.

It is Westley's third spell in charge of the Broadhall Way outfit, with his second reign the most successful period in the club's history after they climbed from non-league to League One.

And while his return is not as prolific, the former Preston boss senses a turnaround in fortunes for Boro, who are 20th in League One.

"Whether you like it or not, when you're going through the change of losing into winning, you still lose games but it's the overall trend you need to keep an eye on," he said.

"We are going to keep getting better. There is no question about that. It's not in my makeup to allow a side of mine to get worse. It's in my makeup to let my side get better."