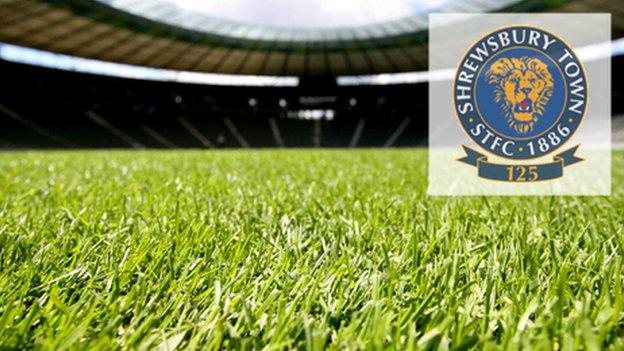 Shrewsbury Town are on the lookout for more loan signings after the ending of their deals with young strikers Curtis Main and Graham Burke.

Main, 21, has returned to Middlesbrough following the expiry of his month's loan at the Meadow, having failed to find the net in his six appearances.

Burke, 20, initially signed on a youth loan until January, has also returned to his parent club Aston Villa.

He failed to score in three league appearances for Graham Turner's side.

However, Burke did find the net in Town's 4-1 Johnstone's Paint Trophy home defeat by Oldham Athletic.

Shrewsbury have been short of attacking options since teenage summer signing John Marsden was ruled out for up to eight weeks with a broken foot just before the start of the season.

And following the early return of defender James Tavernier to Newcastle United because of injury, Town now have only one loan player in the squad, Main's Middlesbrough colleague Adam Reach, who is into his second month in Shropshire.

Turner hopes to have a new face at the club in time to feature in Saturday's home date with Carlisle United.

Town were also due to give a game to trialist Dean Parrett, a former Tottenham Hotspur and England Under-20 midfielder, who has spent the last week training at the Meadow.