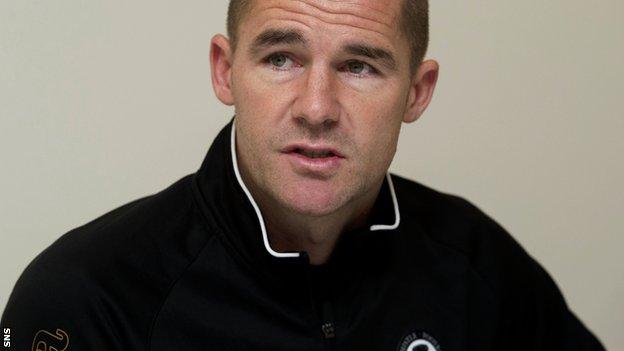 Partick Thistle have yet to decide whether to offer a contract to trialist Hannes Anier - the younger brother of Motherwell striker Henri.

The 20-year-old forward, released by Danish club Odense, will feature in a practice match on Thursday.

Partick Thistle manager Alan Archibald said: "He's looked okay in training and we will have a closer look at him in a match today.

Estonia Under-21 international Anier joined OB last year after leaving Flora Tallin in his homeland but made only four appearances for the Danish top-flight outfit.

Archibald is keen to improve his side's strike rate after their return to Scotland's top-flight.

Thistle have scored eight times in their eight Premiership games, but their goalscoring record was better in the League Cup, hitting the net six times in three matches.

"We are always looking for players," added Archibald.

"We've got a couple of trialists at the moment and we will have a look at them."