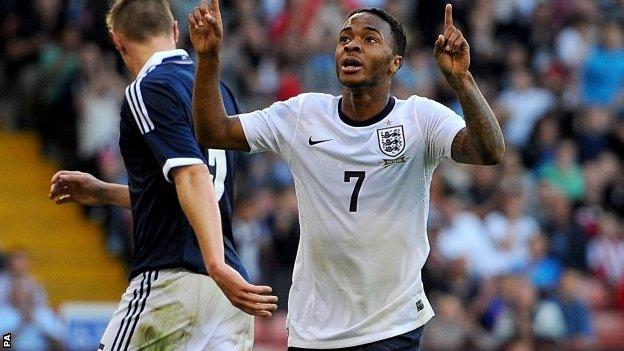 Raheem Sterling has been included in England's squad for the European Under-21 Championship qualifiers against San Marino and Lithuania.

The Liverpool winger, 18, missed recent games against Moldova and Finland as he was on senior-team duty, but is in a 24-man party alongside Blackpool's fit-again midfielder Tom Ince.

West Ham's Ravel Morrison is also in the U21s squad for the first time.

The 20-year-old attacking midfielder was previously capped at U16, U17 and U18 levels, while 21-year-old Ings has scored 10 goals in 13 games for the Clarets to help them to the top of the Championship.