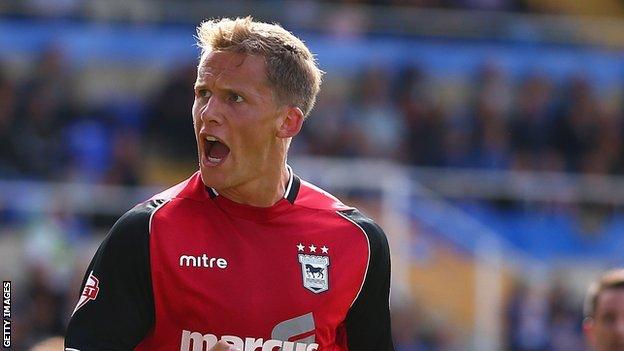 Ipswich Town defender Christophe Berra is disappointed his form this season has not led to a recall by Scotland.

The 28-year-old has 27 caps, but has not made an international appearance since October 2012.

He was again overlooked for their final World Cup qualifier against Croatia.

"I thought my performances had been quite good. It's down to the manager. All I can do is play well for Ipswich and hopefully things will go well from there," he told BBC Radio Suffolk.

Edinburgh-born Berra was released by Wolves in the summer after failing to feature in the final three months of last season.

He rejoined Mick McCarthy, his former boss at Molineux, by signing for Ipswich in the summer, but despite eight appearances and two goals this season, he has yet to figure in

"When I was at Wolves I played 15 or 16 games in a row then I wasn't involved in the Wolves squad and fell out of the Scotland scene. But I'm back playing now," he said.