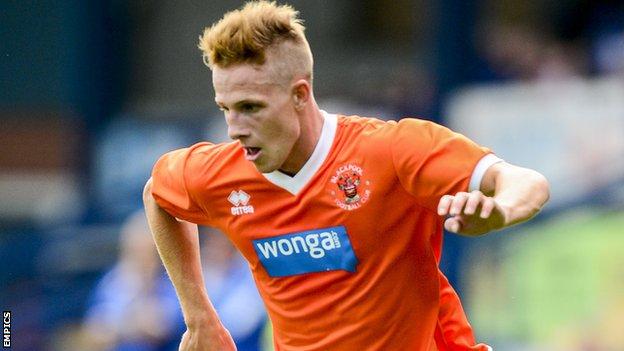 The 19-year-old has made just one appearance for the Seasiders as a substitute and joins James Beattie's Stanley ahead of the visit of Dagenham.

"We're still carrying a few injuries and it's great to have another option in the squad," former England striker Beattie told the club website.

"When everyone is back to full fitness I'll have a real headache."

But he added: "That's something I'm looking forward to. James is a great addition to a squad that I fully believe in. If they believe in themselves as much as I believe in them, then we'll win more games than we lose."

Stanley will continue their search for a first league win of the season against the Daggers on Friday, having ended a run of eight successive defeats in all competitions with a last weekend.