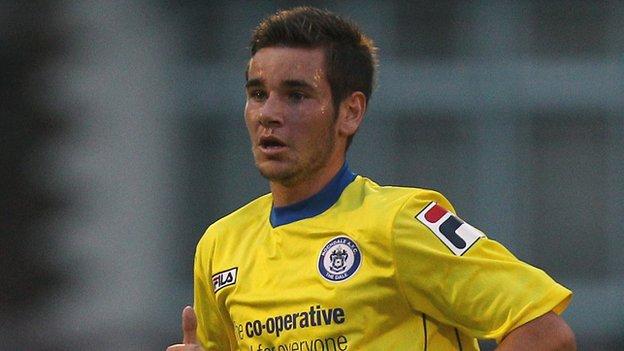 The 21-year-old will return to Ewen Fields having helped the Tigers win promotion to the Conference Premier in a previous loan spell with the club.

A broken leg ruled Gray out of action for much of the 2012-13 season and prevented him from featuring for Dale until the final month of the campaign.

He is yet to appear for Keith Hill's side at senior level this term.

Hyde have taken just two points from their first 12 league games and are six points adrift at the foot of the table.