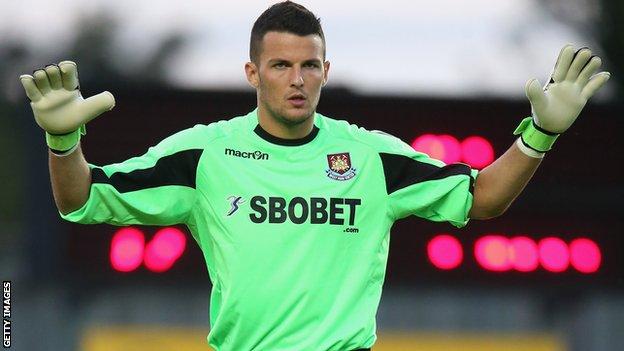 The Cherries' first-choice keeper Ryan Allsop is suspended and his usual stand-in, Darryl Flahavan, is an injury doubt for this weekend's Championship game against Millwall.

"I am sure he will do well and will enjoy being here," said Bournemouth manager Eddie Howe.

"He ticks all the boxes and we are delighted to have brought him in."

Flahavan picked up a thigh strain during Tuesday's 2-1 defeat at Leeds.

It prompted Howe to recall keeper Shwan Jalal from his loan spell at Oxford United and bring in Henderson on an emergency loan deal.

"The difficulty is no club will ever loan their number two, so we are delighted to get Stephen because we think he is one of the best available," Howe added.