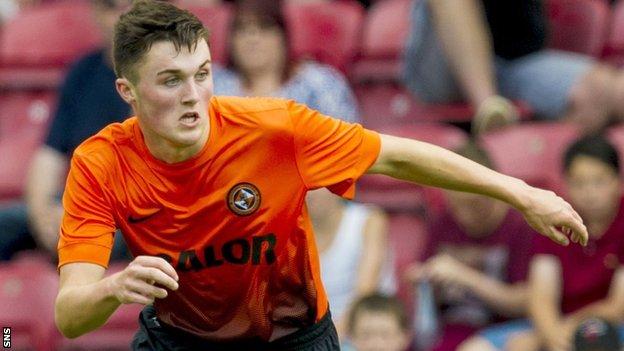 "There are a couple of bids in for him, that's as far as its gone to be honest. John spoke to them," said McNamara.

"I think the best thing is for him to stay here and play first team football."

Souttar made his debut in January and soon which runs until the beginning of 2016.

McNamara insists United will "never stand in anybody's way" if players decide to move and feels the interest in Souttar and the impact of fellow youngsters Ryan Gauld and Stuart Armstrong illustrates that the club are "doing things right".

"We'll give him all the advice we can and hopefully he'll be here. The important thing is we look after him properly."