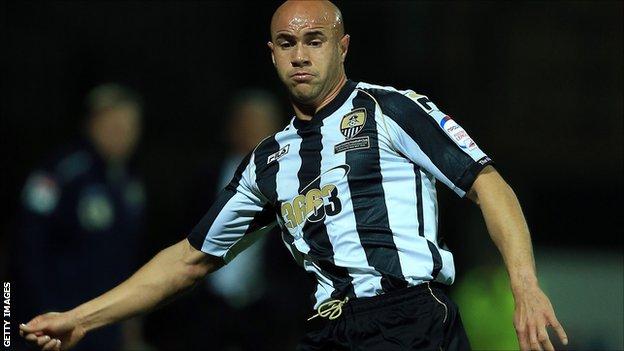 Portsmouth have signed midfielder Gavin Mahon on a one-month deal.

The 36-year-old was a free agent after leaving League One club Notts County at the end of last season.

He is the third Pompey signing in 24 hours following the arrival of goalkeeper Trevor Carson and midfielder Therry Racon on Thursday.

"I'm really happy to have signed for Pompey," said Mahon. "I can't wait to get started and I'm looking forward to my time here."

Mahon started his career at Wolves before moving on to Hereford, Brentford and Watford.

He then had a spell with Queens Park Rangers prior to joining Notts County in the summer of 2011, and went on to make a total of 49 appearances for the Magpies.

Mahon spent the final few months of last season on loan at Stevenage.