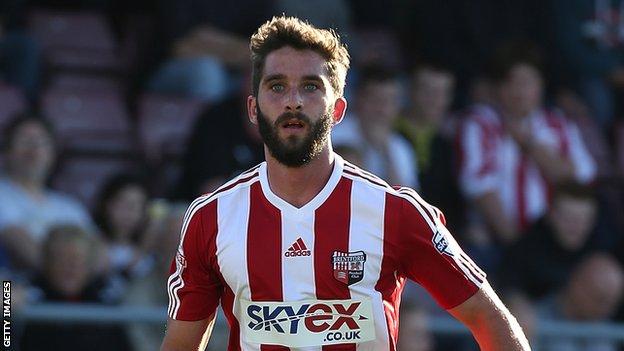 Brentford boss Uwe Rosler expects Will Grigg's goal return to improve when he settles into their style of play.

The 22-year-old striker has scored two goals in seven games for the Bees since his summer move from Walsall, for whom he found the net 20 times last season.

"At times our players have not realised the real quality that Will has.

"We are not playing to his strengths at the moment and not getting the best out of him. It is not his fault - it is all of us," Rosler told BBC London 94.9.

He is a natural good finisher and he will get goals with us. There is no question about it

"He has made great movements, but we are not finding him enough. It is about integrating him better in the way we play but that will come."

Last week a Football League tribunal instructed Brentford to pay the Saddlers an initial £325k for the Northern Ireland international, who has started six of the club's nine League One matches following his switch to Griffin Park.

"I think Will came to us and made a good impression before getting one or two muscle injuries and then he went for 10 days with Northern Ireland," Rosler said.

"Overall I would have liked him a bit more involved with us. He has undoubted qualities and he has shown that already this season.

"He is a natural good finisher and he will get goals with us. There is no question about it."