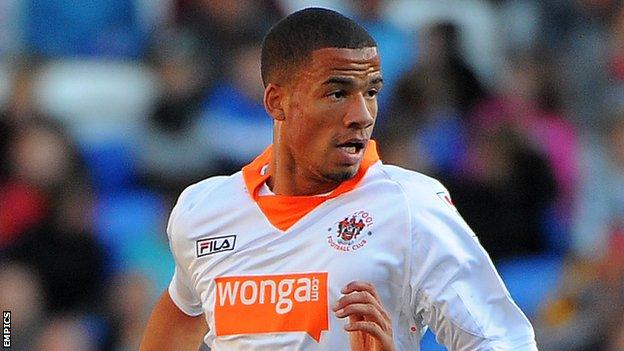 Blackpool's Nathan Eccleston has joined League One side Carlisle on loan.

Forward Eccleston has been restricted to one appearance this term because of injury and will look to build his fitness during a month at Brunton Park.

The 22-year-old began his career at Liverpool and had several loan spells elsewhere before in the early weeks of last season.

on Monday after three straight wins as caretaker boss.

The Cumbrians will look to continue that run when they take on Shrewsbury on Saturday.

"I watched him quite a bit when he was at Liverpool but I think he's had a bit of a difficult period recently.

"However, I do think he feels he's at a point in his career where's he's ready to push on. He's had one or two loan moves which haven't worked and I think he will feel he has a real point to prove.

"He now needs to move his game to the next level and find some consistency. Hopefully he will do that with us."