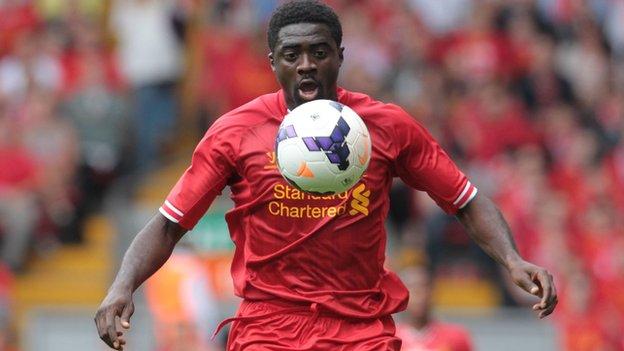 Kolo Toure has won a surprise recall to the Ivory Coast squad for their World Cup play-off first leg against Senegal.

The 32-year-old Liverpool defender, who has not played for the Elephants since March, is among 24 players picked for the 12 October game in Abidjan.

Coach Sabri Lamouchi has also picked experienced pair Didier Drogba and Didier Zokora are also in the squad, having dropped them in the recent past.

The tie is the first meeting between the sides since their African Cup of Nations qualifier in October last year was abandoned because of fans rioting.

Senegal, who hosted that match in Dakar, were subsequently disqualified from the 2013 Nations Cup and banned from playing at their national stadium for one year.

That ban will still be active when the sides meet for the 16 November second leg of their decider for a place at next year's final in Brazil, so Senegal have opted to play the game in Casablanca, Morocco.