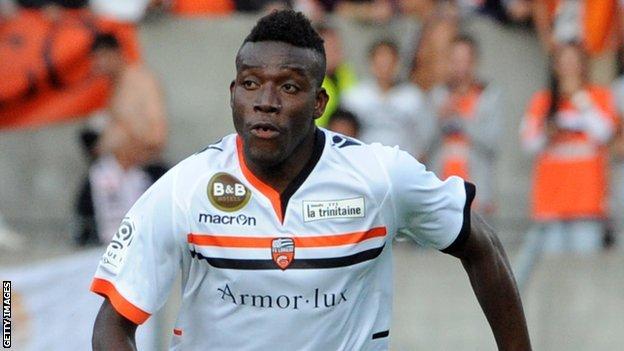 Burkina Faso will be without key striker Alain Traore for their World Cup play-off first leg against Algeria on 12 October in Ouagadougou.

The 25-year-old Lorient forward has been left out of a 24-man squad.

Injury also hampered Traore's participation in the African Nations Cup final at the start of the year, where Burkina Faso finished the tournament as surprise runners-up.

However, his younger brother Bertrand has been picked by coach Paul Put.

That is despite the 18-year-old being unable to play first-team football for Chelsea because of a combination of age and work permit problems.

The return leg of the play-off will be played in Blida on 19 November, with the aggregate winners qualifying for next year's finals in Brazil.