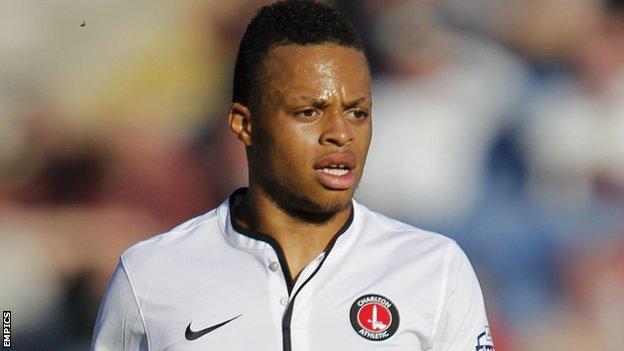 Charlton manager Chris Powell expects Jordan Cousins to improve the longer he is around the first-team squad.

The 19-year-old midfielder has scored one goal in six appearances this season after making his first-team debut in the League Cup.

Powell told BBC Radio Kent: "Even if things aren't going well he has got a terrific hunger and attitude.

"I think he will just grow in stature and confidence the more he is around myself and my squad."

He added: "He is a skilful player, is calm on the ball, composed and elegant.

"I like him, I really do. Hopefully we will see a lot more of him."

Cousins, who was named League One Apprentice of the Year in 2012, has started the last two Championship games for the Addicks.

Powell praised the teenager for his contribution in the midweek draw at home to Nottingham Forest and says Cousins has "all the right attributes" to be a success.

"I have always liked Jordan but his pre-season said to me that he will be right and ready for us this season," Powell said.

"I thought he took the game against Forest by the scruff of the neck for someone so young.

"He made some terrific interceptions, he started off attacks, was at the base of the midfield but, as we saw towards the end of the game, he was in the box, he hit the post, and made a heroic block towards the end to earn us the point. He was all action.

"He can play right-back and can slot in at centre-half if he has to but I see him as a midfielder and he was terrific.

"It just shows what our academy is about. I know I have got major injuries to five key players - players that would always be in my 18 [matchday squad] if in form and fit - but Jordan has come in and looked at it and realised he has half a chance and has certainly taken it."