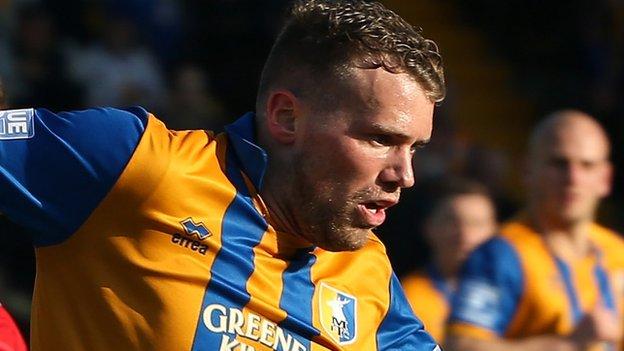 Nuneaton Town have responded to their run of three successive defeats by signing winger Louis Briscoe on a one-month loan from Mansfield.

The 25-year-old former Port Vale trainee played a big part in helping the Stags to promotion back to the Football League last season, scoring eight times in 44 appearances.

But he has been overlooked so far this term by manager Paul Cox.

"This loan move should benefit him both physically and mentally," said Cox.

"Towards the end of last week, he approached me and we had a chat regarding a potential loan move.

"We both agreed that, at some point, he will figure in our first XI and so decided a month of first-team football elsewhere in preparation would be beneficial for both parties."

Briscoe is set to make his Nuneaton debut in Saturday's home game against Lincoln City.

Despite their bad run since going top of the Conference for the first time in 14 years, Boro are still in second place, five points adrift of current leaders Cambridge United.