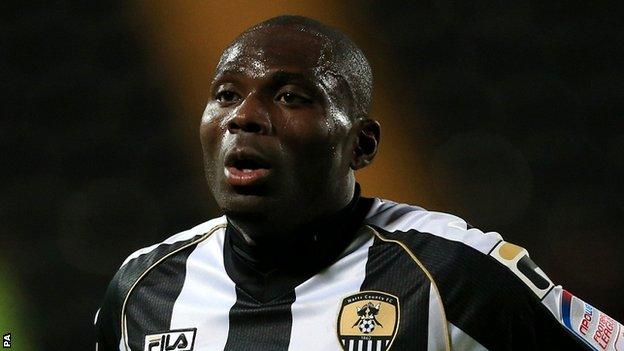 The League One club have also brought in Portuguese winger Bruno Andrade from Queens Park Rangers on loan.

Zoko, 30, was a free agent after his contract with County was terminated by mutual consent in August.

Andrade, 19, has arrived on a 93-day emergency loan and posted on Twitter: "Looking forward for my time at Stevenage. Excited times ahead."

He has been with QPR since the age of 13, but has only made four senior appearances, three of them as a substitute, and has previously been sent out on loan to Aldershot and Wycombe.

Zoko, meanwhile, scored 19 goals in 73 league starts for Carlisle, and seven in 25 for Notts County.