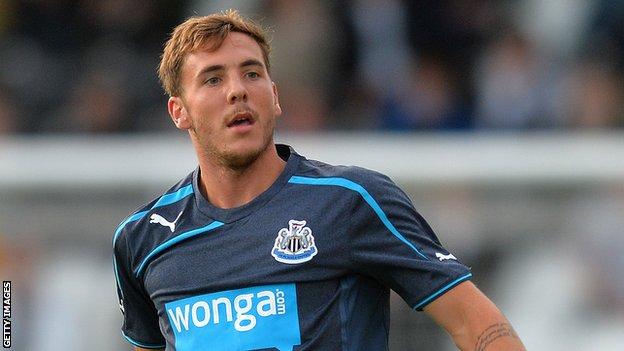 The 23-year-old has made just one Premier League start for the Magpies since joining from Everton in 2010.

His two appearances for the club this season were in the Capital One Cup and he links up with the Seasiders ahead of Saturday's trip to Charlton.

Blackpool have allowed teenage winger James Caton and forward Nathan Eccleston to leave the club on loan in recent days, with and