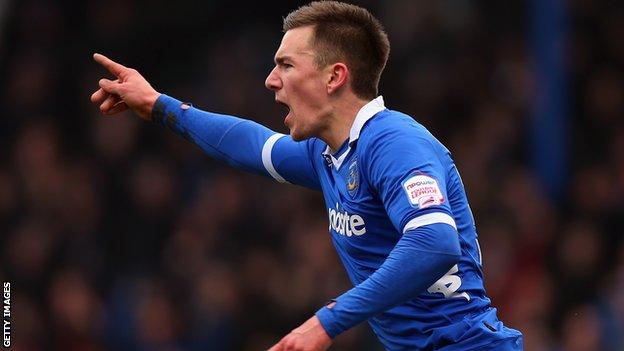 The hosts were on top early on and Conor Hourihane pounced on a Yassin Moutaouakil error to fire them ahead from a tight angle.

But Pompey had the better chances in the first half and Wallace levelled with a curled shot from 18 yards.

Both sides pressed for a winner after the interval, but neither were able to create a telling opening.

"You come to these places, any away game really, and you set up to try and win the game. To get ourselves back in the game and not to lose, and to push on a little bit in the second half, was pleasing.

"They started better than us and we were getting used to their three at the back system, and then we got used to it, got ourselves back in the game at the right time just before half time.

"That gave us a boost then we came out. For the first 20-25 minutes of the second half, we were the better side and then they came back into it towards the end."