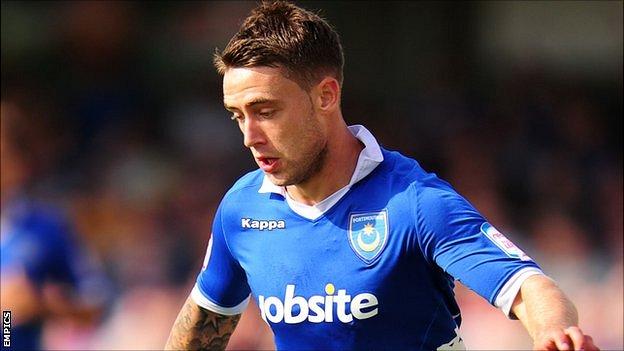 Jack Compton scored one goal and made two as Hartlepool eased past Exeter to earn a third away victory in a week.

Pools followed up a 4-1 League Two win at Mansfield and Tuesday's Johnstone's Paint Trophy victory at Sheffield United with a sparkling display.

A well-worked corner saw Compton tee up Jack Baldwin to head the opener.

Compton's exquisite pass found Luke James, who made it 2-0 with a fine lob after the interval, and a superb Compton half-volley sealed the win.

The Grecians, who slip from third to sixth in the table, did not muster a noteworthy attempt on goal until three minutes from the end.

Pools could easily have scored more goals and have now won three of their last five games, having not tasted victory in their opening seven league fixtures.