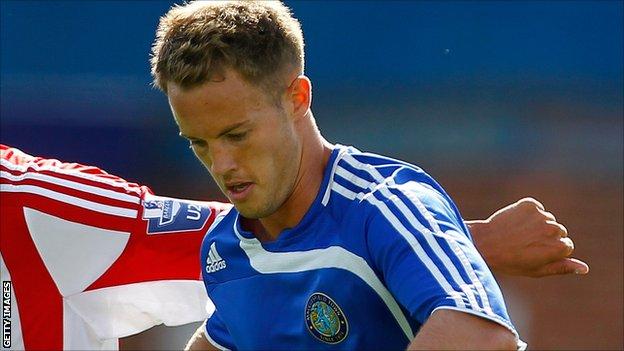 Substitute Paul Lewis headed a stoppage-time winner as Macclesfield secured a fifth win in their last six matches with victory at Forest Green.

Macclesfield hit back through Steve Williams before the break and Danny Whitaker struck the visitors' second.

Yan Klukowski levelled from the spot after keeper Rhys Taylor brought down James Norwood before Danny Andrews' cross was headed home by Lewis late on.

"They are absolutely devastated. There are some players with blood on their shirt. They have given everything and I know nobody would argue with that.

"We've come up with a very simple conclusion that as hard as we work, we've got to work harder. There is no simple solution to this. It's a game we feel we should won.

"They are so distraught and desperate to do well for the shirt and Forest Green Rovers.

"I am really disappointed, I feel for my players and staff, they are giving me everything and I'm asking for more. I'm the leader, people look to me and I have to stay strong, which I will."