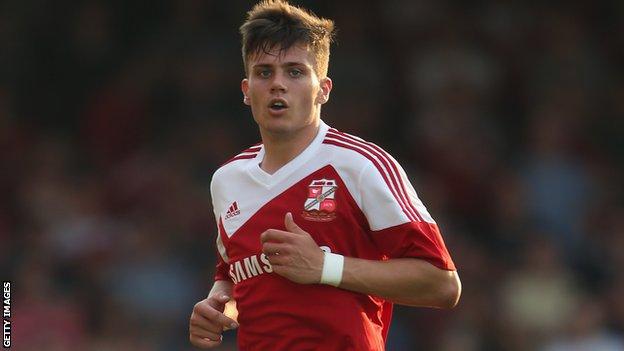 The 19-year-old has made six appearances for the Robins so far this season, but has yet to score.

"With the injuries that we currently have in the group, Miles will be an excellent addition," Salisbury boss Mikey Harris told the club website.

England Under-19 international Storey came through Swindon's academy and made his senior debut in 2010-11.

He has scored three goals in a total of 21 appearances for the club, but missed a penalty in the shoot-out at the end of last year's play-off semi-final against Brentford, which Swindon eventually lost 5-4.