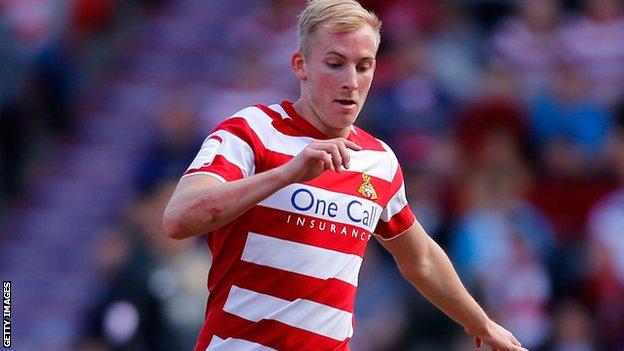 The 25-year-old scored five goals to help Rovers to promotion from League One last season.

But he has only made three appearances as a substitute at the higher level this term.

Syers began his career in non-league football before joining Bradford in 2010, and moved on to Doncaster on a free transfer in June 2012.

Last month, he scored against Scunthorpe in a reserve team game.