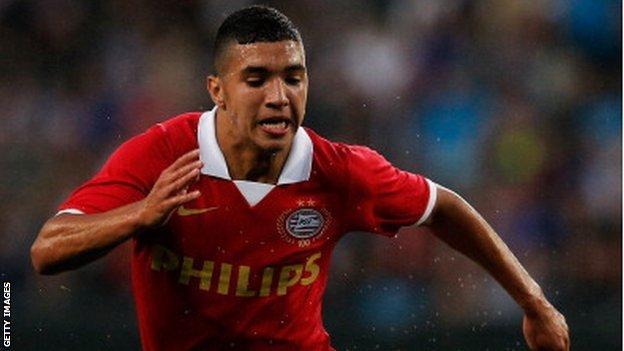 PSV Eindhoven forward Zakaria Bakkali may still decide to play for Morocco despite being named in Belgium's World Cup squad to face Croatia and Scotland.

The 17-year-old was born in Belgium to Moroccan parents and qualifies to play for both countries - until he plays in a competitive senior game.

He told Dutch newspaper Algemeen Dagblad: "There are a lot of people supposedly talking on my behalf but I haven't decided yet.

"It's still a very difficult decision."

Bakkali has twice before been named in the Belgian squad but is yet to make his debut. If he plays in one of qualifiers he will be committed to an international future with Belgium.

Morocco did not seek to include Bakkali in their squad for a friendly against South Africa in Agadir on Friday but have a history of chasing talent from the north African diaspora in Europe to strengthen their national side.

They persuaded Belgian-born Mehdi Carcela to play for Morocco even after Carcela won two caps in non-binding friendlies for Belgium.

Bakkali has other precedents to help his choice.

Nacer Chadli, who plays for Tottenham Hotspur, made one appearance for Morocco in a friendly against Northern Ireland in 2010 while he wrestled with the choice between the two countries before choosing Belgium.