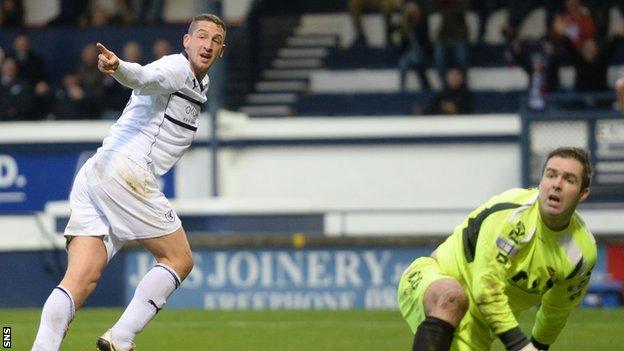 The Division Two side were on the back foot when striker Peter Weatherson knocked man-of-the-match Joe Cardle's free-kick past his own goalkeeper Kenny Arthur in the opening minute.

Former Hearts striker Elliot added a second for the Championship side and fired in a third with a minute to go.

Rovers will play Stenhousemuir or Rangers in the final.

Those teams meet at Ochilview on 29 October in a match that will be shown live on BBC ALBA, with the final scheduled for Sunday 6 April.