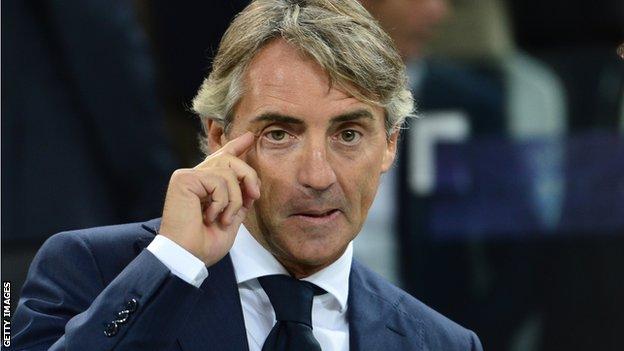 Galatasaray, who drew 2-2 with Juventus in Mancini's opening match, fell 2-0 behind with Oumar Niasse scoring in either half for the home side.

Former Chelsea striker Didier Drogba reduced the deficit, but it proved nothing more than a consolation.

Gala have not won in five league games and have seven points from six matches.

Mancini was appointed manager on a three-year contract on 30 September, replacing Fatih Terim, who who was sacked after failing to agree a new deal.

The 48-year-old Italian's first match was a Champions League Group B draw with Juventus on Wednesday.

City sacked Mancini in May, a year after he led them to their first Premier League title.