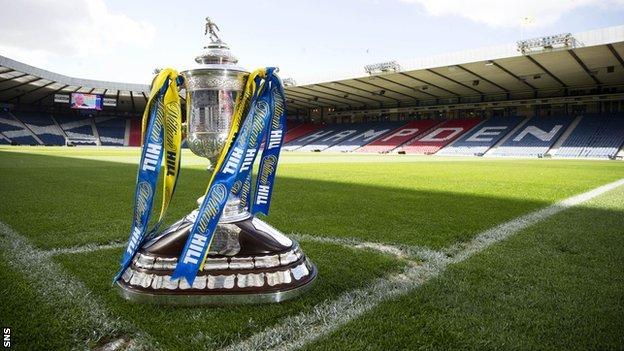 David Greenhill scored a double as East Stirlingshire progressed to the third round of the William Hill Scottish Cup with a comprehensive win over Lowland League side Threave Rovers.

The Scottish League Two leaders were two up at the break, with midfielder Greenhill and Jamie Glasgow on target.

After the break, goals by Scott Maxwell and Jordan McKechnie all but guaranteed Shire's progress.

And striker Turner added a late fifth before Greenhill scored his second.

Former Rangers striker Nacho Novo will make the draw for the third round at 13:00 BST on Monday at Hampden.