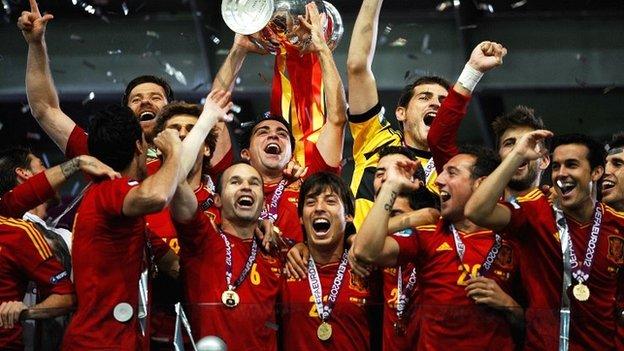 Uefa has rejected a newspaper claim that it wants to revamp the European Championship to rival the World Cup.

The Independent on Sunday said the European governing body was considering expanding the tournament to include Brazil, Argentina, Mexico and Japan.

A spokesman said: "Uefa is not aware of the plans mentioned in the story."

United States and Mexico, of North and Central American federation Concacaf, have previously competed in the South American Copa America.

World governing body Fifa could regard a European Championship that recruits nations from outside the continent as a threat to the World Cup, its biggest source of income.

Euro 2016, hosted in France, is set to expand to 24 teams from 16, while in 2020 the tournament will be played across some of Europe's major cities rather than in one country.