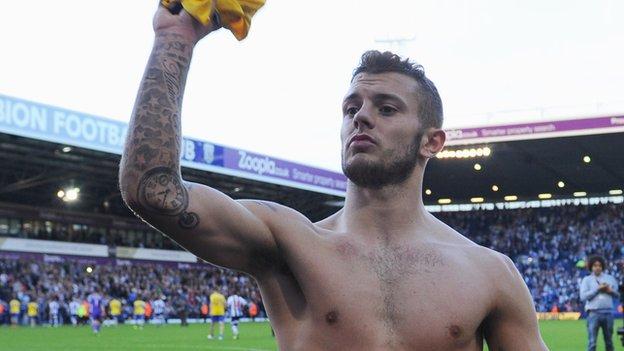 Arsenal's Jack Wilshere insists he is not a smoker despite being pictured with a cigarette outside a nightclub.

Gunners boss Arsene Wenger criticised the 21-year-old for the incident but selected him to start in the 1-1 draw with West Brom on Sunday.

"I made a mistake. Players make mistakes, I'm not a smoker," midfielder Wilshere told the Arsenal website.

"I spoke with the boss, he asked me what happened and I explained to him and we sorted it out."

Wilshere, who is in the England squad to face Montenegro and Poland in crucial World Cup qualifiers on 11 and 15 October respectively, scored Arsenal's equaliser with a 20-yard strike at The Hawthorns.

"He [Wenger] put me in the team against West Brom and hopefully I repaid him," he added.