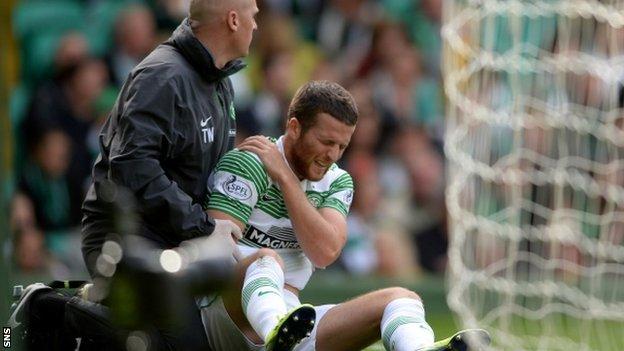 Celtic defender Adam Matthews is expected to be sidelined for three months following surgery on an injured shoulder.

"He will undergo shoulder surgery on Wednesday. It´s likely that he will be out for between 10-12 weeks," said a statement on Celtic's official website.

More immediately, it will mean he will miss Wales' two remaining Group A World Cup qualifiers, .

Wales also have a on 16 November.

Matthews was injured after only 13 minutes of the game at Celtic Park after a sliding challenge by Keith Lasley.

The versatile Welshman was stretchered off, to be replaced with James Forrest.

"Everyone at Celtic sends their best wishes to Adam ahead of the surgery and for the weeks ahead," the club added.