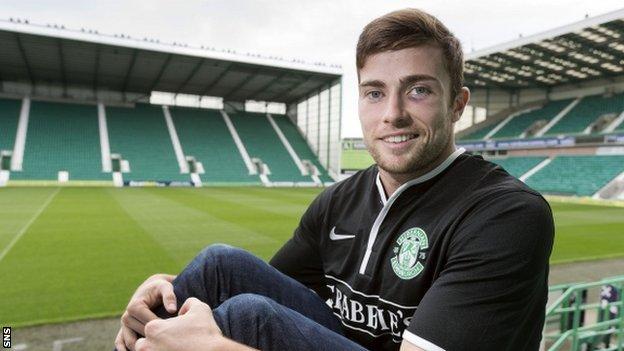 Lewis Stevenson believes the current Hibernian squad is as strong as any he has played in during his long career with the Edinburgh club.

"I honestly think we've got as strong a squad as we have had since I've been here," said Stevenson.

"When I first came, there were a lot of players who went on to play in England and play for the Old Firm.

We are all going in the right direction and everyone was behind the manager, so it's nice that we turned it round for him

Thomson is back with Hibs after injury-hit spells with Rangers and Middlesbrough and playing alongside summer signings like , and emerging talents like Scotland Under-21 winger Alex Harris.

Hibs have recovered from a poor start to the season, when Pat Fenlon's side shipped nine goals against Malmo in the Europa League before losing their first two league games.

A six-match unbeaten run came to an abrupt halt , but Stevenson is determined to atone for that 3-0 defeat when Hibs travel to Firhill to .

"A lot of players came in in the summer and it maybe took us a bit of time to gel," he said.

"I was never worried it wasn't going to happen after the first two games. Even the Motherwell and Hearts games could have gone either way.

"I thought the manager was getting a lot of unneeded pressure.

"We are all going in the right direction and everyone was behind him, so it's nice that we turned it round for him.

"The players and people behind the scenes know he is doing a good job."