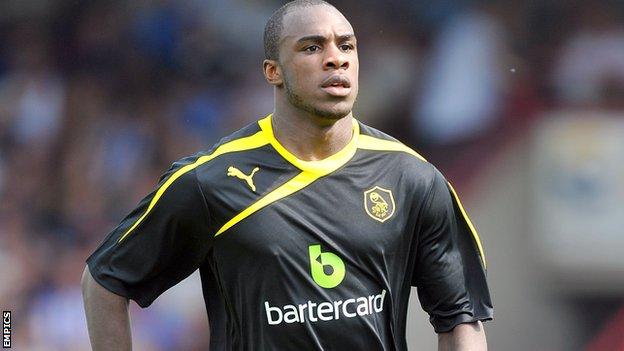 Sheffield Wednesday forward Michail Antonio is confident the side are close to recording a first win of the season.

The Owls, who drew 1-1 with Ipswich on Saturday, are the only side in the Championship yet to win this campaign.

He told BBC Radio Sheffield: "We're picking up right now. We're getting better on the ball but we just didn't manage to get the final goal.

Hard times in the steel city

Wednesday and cross city rivals United have managed just one win in a combined total of 20 league matches this season.

"It's a good way to end this run before the international break and I'm feeling positive."

He added: "I don't think we're far off. We're performing well and it isn't like we're losing every game."

Antonio scored his second goal of the season to equalise for the Owls at the weekend after Paul Anderson had put the visitors ahead.

He conceded that he is struggling to recapture the form that saw him finish last season's campaign as the club's top scorer.

"I'm definitely not the player I was last season," he said.

"I don't feel as sharp as I was before my injury but I know I'm getting sharper with every game I'm playing. I feel Saturday's performance was my best so far."

The Hillsborough side travel to Bolton, who collected their first three points of the season with victory at Birmingham on Saturday, on 19 October.