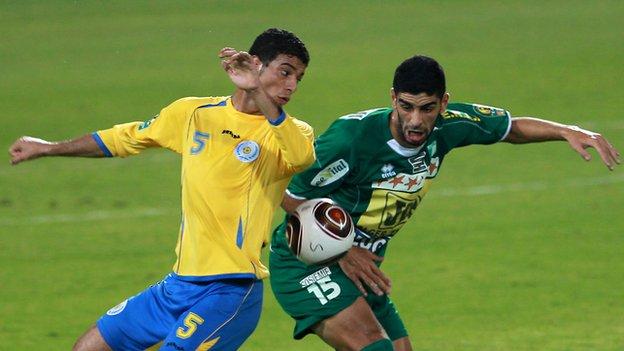 He replaces French-born Inter Milan forward Ishak Belfodil, who has been dropped after only two caps since he confirmed his national allegiance.

Aoudia's goals for his club Dynamo Dresden have led to his first call-up since the Africa Cup of Nations.

French-based pair of Faouzi Ghoulam and Foued Kadir have also been recalled.

Both were dropped for last month's World Cup qualifier against Mali.

Algeria host the second leg of the playoff in Blida on 19 November, with the aggregate winner qualifying for next year's finals in Brazil.