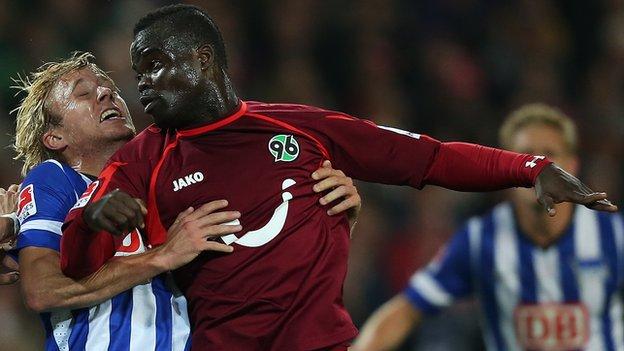 Didier Ya Konan will miss Ivory Coast's World Cup play-off tie against Senegal after being ruled out for the rest of the year following ankle surgery.

The Hannover striker had an operation on his left ankle in Basel, Switzerland on Monday, having suffered an injury in Friday's 1-1 daw with Hertha Berlin.

The club says the 29-year-old will be sidelined for "a long time".

He will be unable to play again until after the Bundesliga's winter break at the end of January at least.

Ya Konan has scored 37 goals in 115 league appearances for Hannover since joining from Norwegian side Rosenborg in 2009.

And he had been expected be a key part of the Ivory Coast team that takes on Senegal over two legs in October and November for a place at next year's world Cup finals in Brazil.