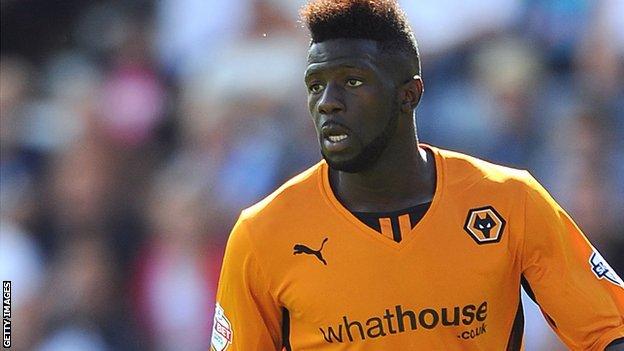 "That's wide of the mark," Jackett told BBC WM. "Those reports are grossly exaggerated and not correct.

"I've not found him that way at all. He is a first-class pro. A very good man."

Sako missed Saturday's 3-0 win at Colchester because of illness after his proposed loan switch to Forest fell through on the previous day.

The deal was due to be turned into a permanent move in January but Wolves pulled out of it because Forest did not match their terms.

Forest made an initial bid for the winger just before August's transfer deadline day but it was rejected by Wolves, because it did not match their valuation of the player.

Jackett added: "He has been off ill but he's well on the road to recovery. He came in Sunday and had a meeting with myself. He'll be fine by the back end of this week."

The manager's next job is now to slot the 25-year-old Frenchman seamlessly back into his promotion-chasing squad, once Sako has reported fit for training again.

From the Sherpa Van to the JPT

Having twice seen his side win on the road without Sako and score three times, with the Colchester victory almost mirroring the 3-1 win at Port Vale in August, his absence has not left any obvious hole.

But Jackett does admit that doubts do still remain over whether he will remain at Molineux now that Forest have reaffirmed their interest.

"We didn't anticipate Nottingham Forest coming back in," added Jackett.

"No deal has been agreed. But, whether they continue to pursue it, I don't know. That's their decision.

"Now it's down to myself to work with Sako and get him back to where he's been, once he gets over this illness. He's done very well this season. Five goals from a winger is a great return."

Sako will certainly not figure in Tuesday night's Johnstone's Paint Trophy second round clash with Notts County at Molineux, a tie for which Wolves are already robbed of seven players because of international duty.

Striker Kevin Doyle is with the Republic of Ireland squad and skipper Sam Ricketts had linked up with Wales but has now withdrawn because of injury.

And, although top scorer Leigh Griffiths is available because he is not due to to meet up with the Scotland squad until Wednesday, Wolves are also without five Under-21 players.

Reserve keeper Aaron McCarey, right-back Matt Doherty and midfielder Anthony Forde are with the Republic of Ireland Under-21s, while Lee Evans and Bradley Reid are with the Wales youngsters.

"With seven players away with international squads, a lot of changes will be enforced," added Jackett.

"But it opens up opportunities for other players and our aim is still to get to Wembley. That would be a fantastic supplement to our main ambition, which is to win promotion."